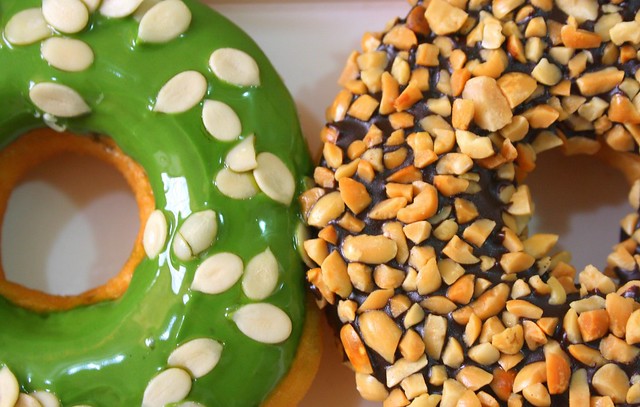 As we begin week 3, here’s potential land mine to avoid: As you track your behavior, don’t let yourself feel so good about the progress you are making that you unleash what researchers call the “licensing effect.” The licensing effect occurs when we behave virtuously and then “cancel out” our good deeds by doing something naughty. When we behave in line with our goals and values—whether it’s as large as exercising every day for a week or as small as using the water fountain instead of a disposable plastic water bottle—we ironically risk backsliding. Consciously or unconsciously, we tend to feel that healthy or virtuous activities entitle us to partake in less-good activities. Smokers will smoke more, for example, when they believe they’ve just taken a vitamin C tablet. Similarly, philanthropists tend to give away less money after they’ve been reminded of their humanitarian attributes. One study even found that after people buy eco-friendly products, they’re more likely to cheat and steal!

Avoid the licensing effect by reflecting on your goals and values rather than your accomplishment. Why did you ride your bike instead of drive? What larger mission are you trying to fulfill? How will you or others benefit from the habit you are working on? Questions like these can help us avoid self-sabotage.

Another way to avoid the licensing effect, also called “moral licensing,” is to avoid using moral terms to define our progress. Perhaps you are working on doing some yoga every day. Measure your progress by tracking the amount of time you spend or the number of poses you do rather than patting yourself on the back for being such an enlightened and calm yogini. Becoming a “better yogini” is a moral term, while tracking time spent on task is more neutral. Avoiding moral judgment can help you avoid “moral licensing.”

What To Do Today

Task #1: Reflect on your goals and values rather than your accomplishment, using the “Fight Self-Sabotage” page in your workbook.